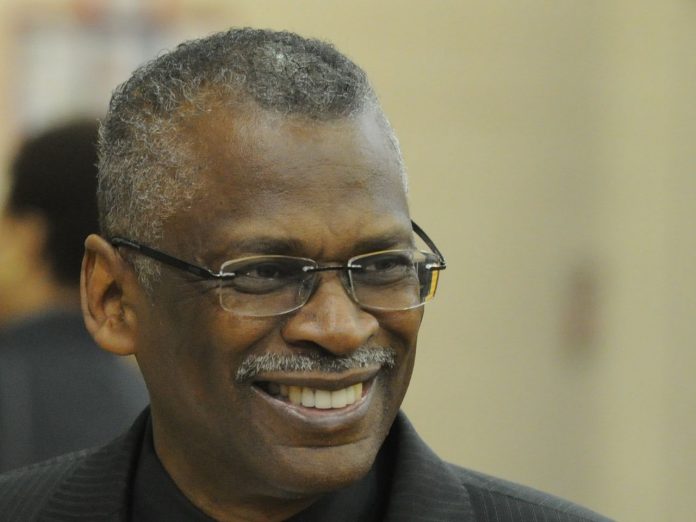 
The inventor of the Super Soaker water gun is among seven inductees into this year’s class of the Alabama Business Hall of Fame.

Lonnie Johnson, an inventor, engineer and entrepreneur, is one of the men who will be honored, though the “honor” portion will have to wait. Due to the coronavirus pandemic, the induction ceremony will take place in the fall of 2021, according to the University of Alabama’s Culverhouse School of Business.

Johnson, who lives in Atlanta, is perhaps the only man in the world in the Toy Hall of Fame and lauded by Popular Mechanics for having developed one of the top 10 world-changing innovations. A graduate of Tuskegee, Johnson worked on the Galileo mission to Jupiter, weapons projects, and the stealth bomber program. In his spare time, while experimenting with a heat pump and high-pressure nozzle, he developed the Super Soaker. He is now engaged in battery technology research.

Bob Baron is the CEO and founder of Baron Services, a Huntsville-based company with a portfolio including weather radar, storm tracking software and climatological data analysis. The U.S. National Weather Service recently tasked Baron Services with the job of upgrading the nation’s radar network with the company’s products. Baron founded the company after a 22-year career in broadcast meteorology and developed a severe weather warning system used by pilots, first responders and emergency management officials.

Cecil Batchelor is chairman of CBS Banc-Corp and Chairman Emeritus of CB&S Bank, based in Russellville, with a 56-year banking career. During his tenure as chairman, CB&S Bank grew from having $5 million in assets and one office in Russellville to more than $2 billion and 56 branches in Alabama, Mississippi, and Tennessee.

Marcus Bendickson is the retired CEO and former chairman of the board of Dynetics, Inc. Now a wholly-owned subsidiary of Leidos, Dynetics has more than 2,500 employees throughout the U.S., providing engineering, scientific and IT resources to the national security, cybersecurity, space, and infrastructure sectors. In January, Dynetics was purchased by Leidos for $1.65 billion.

Jay Grinney is the former president, CEO and director of Birmingham’s HealthSouth, now known as Encompass Health. The company has about 44,000 employees and offers post-acute healthcare services through rehabilitation hospitals, home health and hospice agencies. Grinney also served as president of the eastern group at Hospital Corp. of America and senior vice president at The Methodist Hospital System in Houston. He is currently serving as a senior advisor to KKR’s private equity healthcare practice.

Joe Ritch is an attorney with Sirote & Permutt and served as chairman of the Tennessee Valley BRAC Committee, leading a group of 13 communities to promote and advocate for Redstone Arsenal. Thousands of military and government contractor jobs were later brought to the arsenal. He has served on the board of directors of multiple defense and technology companies including CAS, Inc. and Axometrics, and led the acquisition and sale of several defense contractors.

Stan Starnes is executive chairman of ProAssurance Corp., one of the top casualty insurance carriers in the country. During his time as CEO from 2007 until 2019, ProAssurance returned over $2.1 billion to shareholders while growing their equity by 37 percent. In 1975, he and his father established the law firm now known as Starnes Davis Florie, specializing in civil litigation, especially for physicians and others in healthcare. He is the youngest lawyer in Alabama ever elected to the American College of Trial Lawyers and was named to the “Best Lawyers in America” for more than 20 consecutive years.