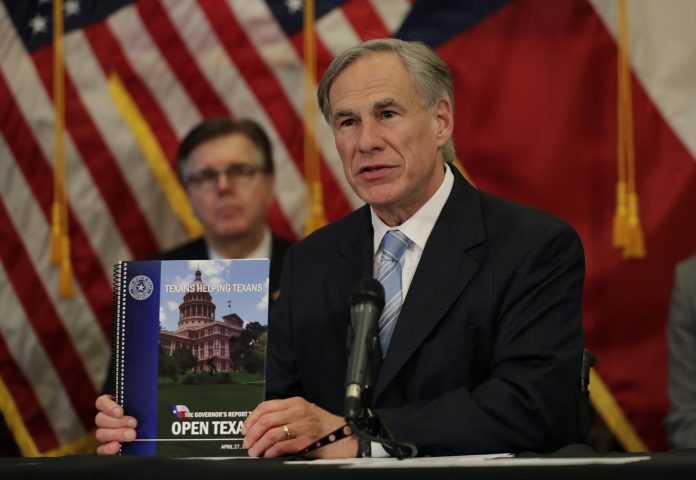 
(The Center Square) – Gov. Greg Abbott announced Monday that Texas will reopen May 1. The stay-at-home order will expire this Thursday, April 30. A new executive order with guidelines, published online in booklet form, supersedes all local orders, he emphasized.

The expiring stay-at-home order "has done its job to slow the growth of COVID-19," Abbott said. "Now it’s time to set a new course, a course that responsibly opens up business in Texas."

Outdoor sports are also allowed, like tennis and golf, with a cap of four people participating.

By mid-May he anticipates these businesses will expand operations to 50 percent or greater.

The governor strongly advises that people wear masks, but no jurisdiction can impose any penalty or fine for people not wearing masks, the governor said.

Neither the governor, nor any state official participating in the press conference, was wearing a facemask.

Businesses are allowed to reopen, not required to, the governor emphasized.

“If people want to stay at home, they can. If businesses don’t want to open, they don’t have to,” he said.

In line with the previous guidance issued by the Attorney General, houses of worship, Abbott said, can hold expanded services beginning Friday.

"This is permission to open, not a requirement," Abbott said.

Texas has the third-highest number of recoveries from COVID-19 in the U.S. and the state's hospitalization rate has held steady, he said.

The state has increased its testing and tracing capacity after deploying more than 3,000 members of the Texas National Guard across the state to help operate 25 mobile COVID-19 testing sites. They also are operating three fixed testing sites in Houston, Huntsville and Kingsville.

According to the State Department of Health Services, 25,297 confirmed COVID-19 cases have been reported, including 11,1170 recoveries and 663 deaths. The number of confirmed cases equates to .0008 percent of 29 million people, meaning 8 out of 10,000 people in Texas have tested positive.

In one month nearly 1.7 million Texans filed for unemployment because of the stay-at-home order and the coronavirus shutdown, more than double the number of those who filed in the entirety of 2019.