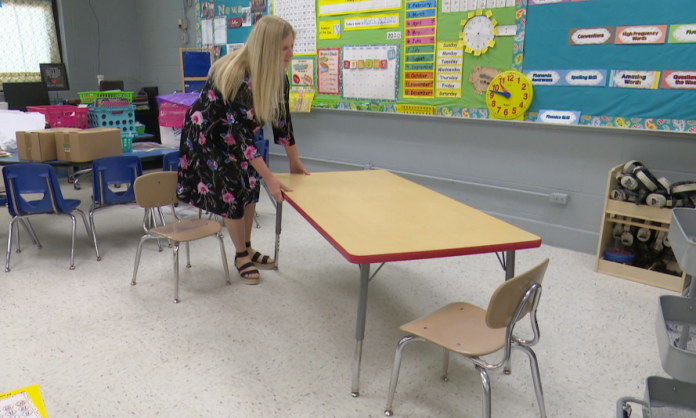 “I’ll go back to a comment that a former Chief of Staff of the Army said. If you don’t like change, you’ll like being irrelevant even less,” said Ronnie Chronister the Sr. Vice President of Business Operations at Dynetics.

The company is a Platinum Sponsor for this year’s Symposium, and to be relevant the event is bowing to the demands of Covid 19, and going virtual. Organizers plan for it to definitely be valuable. “The fact is, the world is still a dangerous place,” said Chronister.

In past years the SMD Symposium has been a place for everyone to get on the same page, to understand the threats and figure out what was needed for a response. This year is no different, despite the fact that it is…different. “It’s still important stuff, no matter what else is going on in the world,” said Ronnie Chronister.

One thing that will definitely be the same this year as for all the other Symposiums, is the fact that at this very moment, American War Fighters are deployed around the world. “Why we are in this business. Yes, national security is a big deal, but we have men and women who are deployed right now, and who are sacrificing their families and we don’t want to ever lose that focus,” said Chronister.

One thing the virtual format won’t change is the fact that a major topic will be Hypersonic weapons. Those weapons can travel five times the speed of sound or faster. Dynetics where Ronnie Chronister works is involved with other companies including Lockheed to develop the Common Hypersonic Glide Body. It’s so secret there are no photos or video. It will be the basis for America’s initial deployment of these weapons.

Once again, the SMD Symposium won’t feature a physical gathering, though there will be more than a thousand attendees signed up for the one day virtual event on August 4th. As everyone will understand that the job is to save lives, and most most definitely protect the War Fighter. “Better than we could have, much better than we would have had we not had this symposium, even virtually” said Ronnie Chronister.