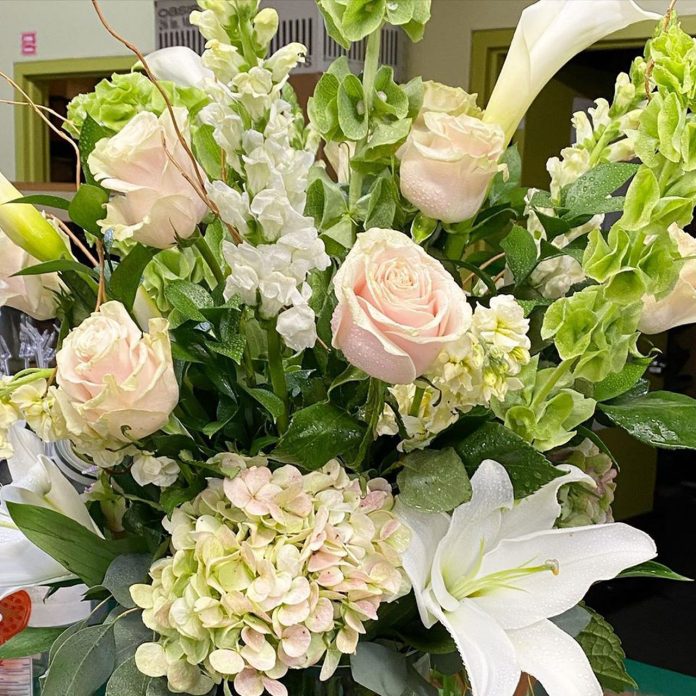 
Come September, Albert Morris will have been in the floral business 63 years in Huntsville. But nothing in his career quite prepared him for the coronavirus pandemic.

As the virus brought most commercial activity to a standstill, it shuttered hospitals to all but the most seriously ill patients, and restricted funerals to close family members. It cancelled weddings, special events, retirement dinners, and other events that usually call for flowers.

And it forced Morris to lay off more than a dozen employees.

“Volume dropped to almost nothing except what I could do,” Morris said.

Morris’ experience was much like other industries, but it illustrates the particular challenges felt by florists around Alabama. The life events where people expect flowers - hospitalizations, funerals - were suddenly in the news, but the demand for them was all but extinguished.

Cameron Pappas at Norton’s Florist in Birmingham said the lockdown, and the reopening that followed, has reminded him of the “power of flowers.”

“We’ve had a lot of reminders of how important flowers are to everyone,” he said. “They keep people sane.”

The pandemic hit America right in a peak season for florists - the rush before Easter, proms and spring events. Pappas said business began to slowdown by about 40 percent one week before his shop closed for two weeks on March 23. The store laid off all of its employees for that period.

Thousands of floral businesses around America were left with perishable goods that they couldn’t sell. Just three days before Norton’s closed, it had received a shipment of about $5,000 in flowers. Rather than throw them out, Pappas said, they made bouquets to give away at restaurants and nursing homes that would accept them. In some cases, he hand delivered them.

“We wanted the flowers to still do their job, to bring joy to bad situations,” he said. “We wanted them to say that we’re not going to let this virus take away the heart of our city.”

Morris, 86, said he was reduced to little better than a one-man operation for about five weeks, with his nephew keeping the books. Most of the business coming in was through funeral homes.

Norton’s reopened on April 6, in time for Easter, which he said saw “decent” business. By Mother’s Day, 90 percent of the staff was back, and sales began to pick up. As with other businesses, online sales have surged; up 30 percent over the last two months, he said. Mother’s Day online orders doubled.

But with reopening has come new challenges. In May, the World Health Organization declared South America to be the new epicenter of the pandemic. More than a million cases of coronavirus and 60,000 deaths had been recorded as of last week in Central and South America.

That area also happens to be where a large portion of flowers sold in the U.S. are grown. Morris said most of his shipments come by way of Miami from Ecuador, El Salvador and Columbia. But supplies are being slowed by limited travel and the effects of the pandemic. Pappas said 80 percent of the flowers from Norton’s come from South America, with some local sources as well.

But growers are pulling back on production in South America because of the virus, he said. That has forced some florists to substitute varieties of flowers, based on availability.

“It’s been a big burden for us because there’s a lot of uncertainty,” he said. “But people have been very understanding.”

Deliveries are still restricted at hospitals, and florists, like other businesses, are dealing with the demands of social distancing and sanitation needs. Employees are wearing masks, and drivers are sanitizing between stops on their routes. Last week, two dozen Birmingham area florists decorated the Rotary Trail sign at First Avenue South and 20th Street South with thousands of flowers. Pappas said it was an important moment for his fellow businesses and the city.

At the same time, florists are trying to find new ways of satisfying customer needs while catering to the demands of the moment.

“One thing I wish we didn’t have to do is non-contact delivery,” he said. “But I don’t see that going away anytime soon. Hand delivering flowers is part of the joy, to me. I just hope we can get back to it.”