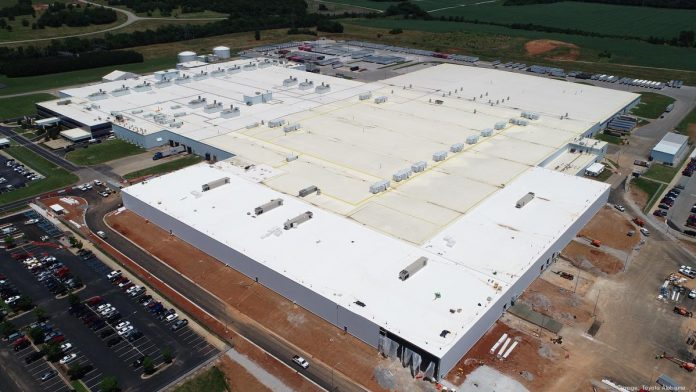 July was a key month for Toyota Alabama's expansion in the state.

Production started for the all-new, redesigned four-cylinder engine, and another key milestone is the closing in on the plant’s new 150,000-square-foot V6 engine assembly line.

The plant first detailed its expansion in March 2019 — the fifth since the plant opened in 2003. When it is complete in 2021, it will result in 450 new jobs and represent a $1.2 billion investment that will make the Huntsville facility the automaker’s largest engine producer in North America.

Toyota Alabama currently builds engines for one-third of all Toyota vehicles assembled in the U.S. By 2021, annual engine capacity in Huntsville will increase 34% to 900,000 and total employment will top 1,800.

That expansion is in addition to the automaker's ongoing construction of a joint manufacturing facility with Mazda – also in north Alabama.