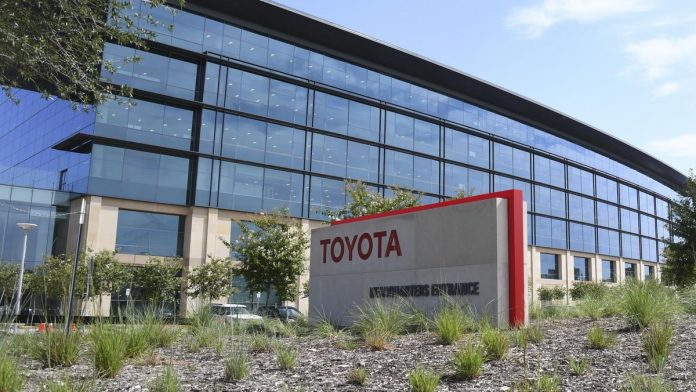 Toyota North America has made changes to its corporate leadership team in Plano in the last 12 months, and the automaker announced several more Monday.

The company also announced the retirement of one of its key executives, Bill Fay, who will step down after more than 38 years with the company.

Here's how Toyota will structure its leadership team to fill the void left by Fay, who is the senior vice president of automotive operations. These changes are effective Aug. 31.

These are the latest in what has been a year of executive changes for Toyota, starting at the top. Tetsuo "Ted" Ogawa took over as CEO of Toyota Motor North America on April 1, succeeding Jim Lentz, who led the company during its relocation from California to North Texas.

Toyota executives face the tall task of keeping the company financially healthy during the COVID-19 pandemic, which has caused economic uncertainty and has led to fewer people to buy cars. In July, Toyota sold just under 170,000 vehicles, a 19-percent drop from a year ago.

Despite the economic slowdown, Toyota is plowing ahead with ambitious growth plans. Last week, Toyota and Mazda announced they were upping the investment in the new factory they're building together in Huntsville, Ala., by $830 million to add new manufacturing technologies. The facility, which now costs over $2.3 billion, was originally announced in 2018. Toyota and Mazda plan to produce the same number of vehicles at the site, which is still under construction.