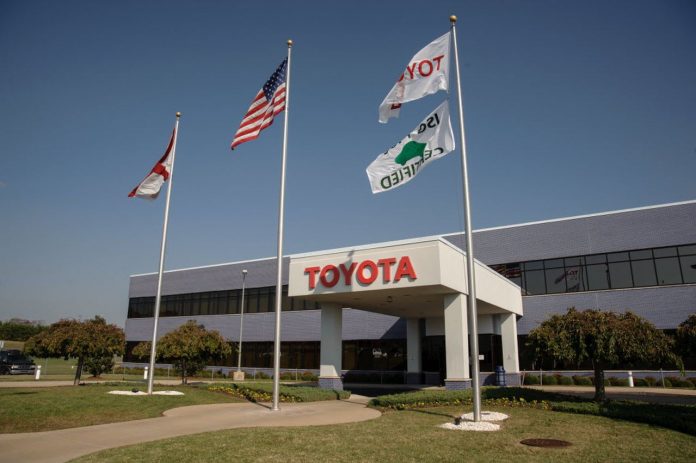 
Toyota says it has begun production of a newly redesigned four-cylinder engine at its manufacturing plant in north Alabama.

The factory at Huntsville supplies engines for one-third of all the Toyota vehicles assembled in the United States, and the company describes the start of production as an important milestone in a $288 million plant expansion.

A statement from the company says workers also have closed in a V6 assembly line inside a 150,000-square-foot building.

Toyota says the expansion is the fifth one at the plant in Huntsville since engine production began 17 years ago. About 450 new jobs are being added in the $1.2 billion project.

Total employment at the factory will exceed 1,800 people as production increases to 900,000 engines annually.