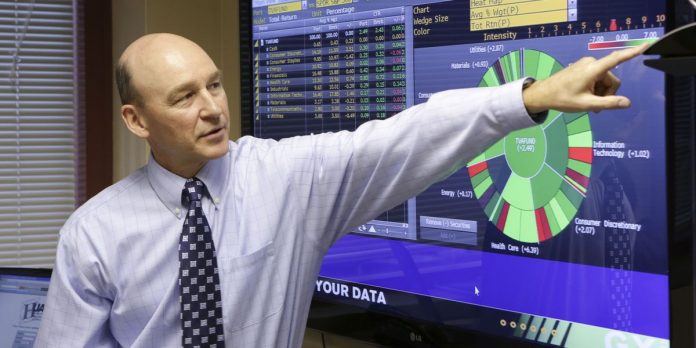 
Stock gains are coming against a backdrop in which the U.S. Department of Commerce reported on July 30 that the economy saw a 32.9% drop in activity in the second quarter – the largest such decline in history.

In this turbulent environment, retirement-minded investors who are funding a 401(k), IRA or similar investment vehicle should check their allocations to make sure they are comfortable with them, says Dr. John Burnett, an associate professor in the Finance Department of the College of Business at The University of Alabama in Huntsville (UAH).

“If you’re already in the market and you’ve got an allocation you are comfortable with, stay with it,” says Dr. Burnett. “The key is doing that with a level of risk that you’re comfortable with. If you can’t go to sleep at night – day in and day out – because you’re so worried about it, then you’ve got to make a change.”

Staying in at a comfortable risk level holds especially true for younger investors, who have the benefit of a longer time horizon in the market.

It’s normal for investors to review their allocations in volatile periods like now, but Dr. Burnett advocates also reminding yourself of why you set the allocation where it is in the first place. Retirement investors who try to time the market may find themselves on the flip side of things – buying high and selling low.

“Set your allocation up wherever it should be for you to be comfortable with it, and then stick with it,” he says. “You have made that allocation for the future years, likely based upon at least some knowledge that ups and downs could happen.”

Consistently investing money through highs and lows over a long period of time has been a proven route to wealth without much worry, Dr. Burnett says.

The flip side of that argument is that the market is in a bubble, but that short-term view shouldn’t deter someone who is investing for returns over an entire career, Dr. Burnett says

As an example, he noted that the deep V-shaped decline in March and the subsequent recovery rewarded investors with lower prices.

“The folks that stayed in and continued to contribute at the regular amounts were buying low for a couple of months,” Dr. Burnett says.