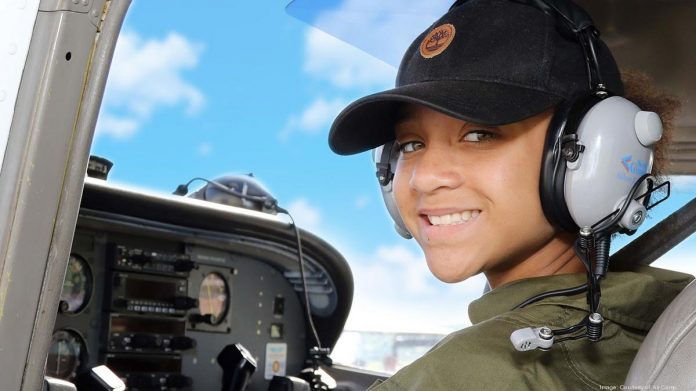 An educational organization focusing on aviation and aeronautics has big aims — becoming a key reason why people visit Dayton.

"Someday, when I say Air Camp in Dayton, Ohio, I'll get the same reaction as saying Space Camp in Huntsville, Alabama," said Air Camp President Vince Russo. "We have a long way to go, but we'll get that same recognition."

Air Camp, an aviation summer camp adventure program based in west Dayton, inspires students at the intermediate and middle school levels to learn more about the STEM field. From flying a real plane to promoting access to local flight institutions, the camp has expanded to give students real world opportunities in the field. It has also grown to offer programming for teachers and educational leaders.

"When I was working at Wright-Patterson Air Force Base as a laboratory director, I kept noticing how the STEM pipeline for our jobs kept getting more narrow," Russo said. "I thought, 'what can we do to fix this?' So, we ended up with Air Camp."

The nonprofit has been operating since 2010 and was founded by Russo, Tom Lasley, CEO of Learn to Earn Dayton; Dan Sadlier, former president and CEO of Fifth Third Bank's western Ohio division; and Gen. Dick Russo. Since then, the organization has grown to impact 30,000 students overall. The camps have reached national heights, gaining participants from 13 states and Puerto Rico.

One of the camp's key partners is United Airlines, which provides educators access to curriculum throughout the school year with hands-on learning opportunities. Other partners include the U.S. Department of Defense, University of Dayton and Sinclair Community College.

This year, the organization was planning to host the same camps, along with introducing a new camp for high school-aged students. But, those plans have been canceled due to the Covid-19 pandemic.

"Just like everyone else, we've been hit hard by the pandemic, but we're still on a path for major growth," Russo said. "I think we'll recover and get back to where we were."

Russo remains optimistic about the camp, hoping to kick off programming this fall once things calm down. Until then, he's aiming to spend his time shining a light on the camp by growing its funding through grants, expanding partnerships and continuing its growth plan.