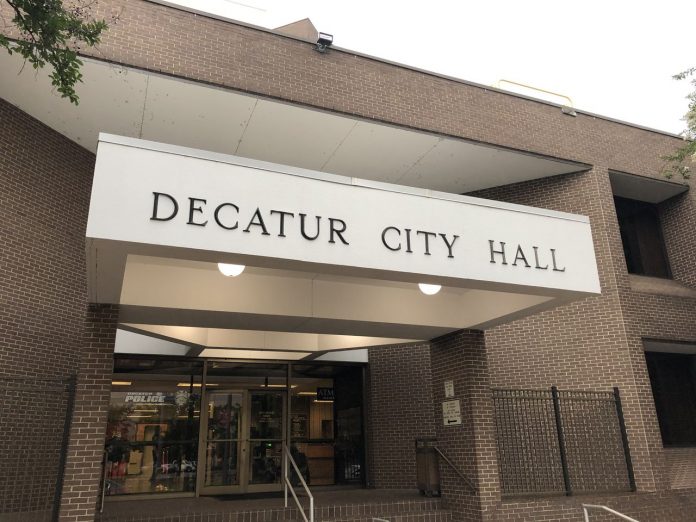 
Tab Bowling is not only aiming for re-election, he’s aiming for history.

If the Decatur mayor wins a second term next week, he will be the first this century to do so in the state’s ninth-largest city.

The contest for Decatur mayor is part of more than 400 municipal elections to be held across the state one week from today. The races also include city council seats.

In Decatur, though, Bowling will be trying to do what hasn’t been done since Bill Clinton was president. Decatur voters have not chosen the same mayor in back-to-back elections since Bill Dukes served from 1976-1994.

“We’ve had a generation where nobody’s been elected to more than one term consecutively,” said Jess Brown, a retired political science professor at Athens State University. “I must say in a mayor-council form where you don’t have any term limits built in, I’d say that’s extremely rare. What’s driving it, I just don’t know. But I do know it is rare.”

And Bowling is facing six challengers on the ballot next week, though based solely on fundraising, it would appear only one of those challengers has a shot to unseat the incumbent. David Childers, director of EMS at First Response Ambulance in Decatur, has outspent all the candidates with more than $14,000 in expenditures as of Aug. 10, according to the most recent campaign finance records. Bowling has spent more than $9,000 and still has $25,949 in cash on hand for the final days of the campaign.

None of the other candidates have spent close to $1,000 so far.

While Decatur has swapped out mayors once every four years, though, the city has seen little growth. Its population has grown less than 1 percent since 2010, according to U.S. Census data. And its median income of $45,048 is less than the state median income of $48,486.

Bowling, though, told The Decatur Daily that the city’s budget has increased 28 percent during his tenure and the growth would have been more dramatic if not for the coronavirus pandemic.

Brown said he has sat in on governmental relations committee meetings in the past at the Huntsville-Madison County Chamber of Commerce. It’s given him a perspective on what business leaders are looking for at city hall. And it’s not necessarily a new mayor at every election.

“What the business community wants often is they do want some stability in the front office of city hall,” Brown said. “They also want, when they have a major initiative, they want a mayor that can kind of speak for the city and galvanize the city and bring city resources together.”

Elsewhere around north Alabama, Huntsville Mayor Tommy Battle is seeking a fourth term in office. He has three challengers, though none have raised enough money to seemingly compete with Battle – who has more than $300,000 in his campaign war chest.

Battle has also won re-election twice with more than 80 percent of the vote.

Also in Huntsville, the son of a civil rights icon is taking a second shot at election to city council. John Meredith lost to incumbent Will Culver in 2016. Meredith’s father, James, integrated the University of Mississippi in 1962 and was shot while marching for voting rights in 1966.

Culver is seeking his fourth term on the council and his west Huntsville district includes the $2.3 billion Mazda Toyota Manufacturing plant scheduled to open next year.

In Guntersville, Leigh Dollar is seeking a third term as mayor. Dollar is the city’s first female mayor. She was elected as president of the Alabama League of Municipalities last month. Her opponent is Wes Long, a lawyer and former state legislator who played football for Gene Stallings at Alabama and Paula Wallace, a small business owner.

In Madison, incumbent Paul Finley is also seeking to stop a steady changeover in the mayor’s office. First elected as mayor in 2008, Finley did not seek re-election in 2012. He then won the mayor’s office again in 2016 and is aiming for a second consecutive term.

His opponent is Marc Highsmith, a former inspector general of U.S. Army Contracting Command at Redstone Arsenal in Huntsville.