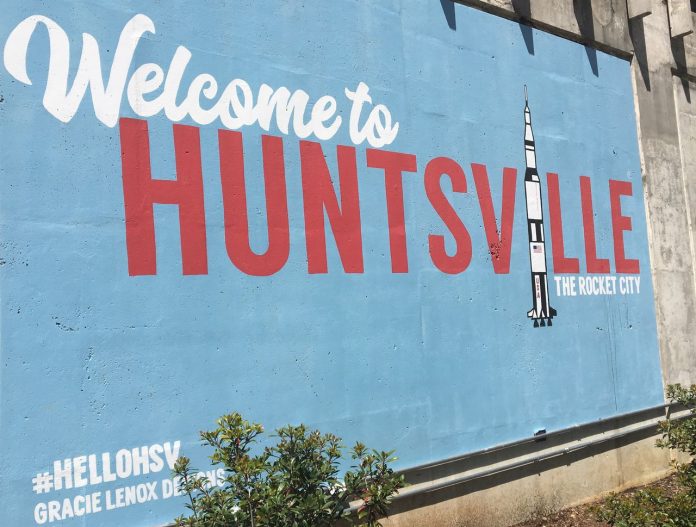 
The Huntsville area has seen its COVID-19 infection curve flatten for several weeks but the green light to reopen restaurants and other segments of the economy on Monday set off a somewhat muted celebration.

Both Huntsville Mayor Tommy Battle and Madison Mayor Paul Finley maintained a level of apprehension even as the recommendations on restarting the economy they made two weeks ago to Gov. Kay Ivey will now be put into practice.

“I think it’s going to be a slow, measured growth,” Battle said in an interview Friday afternoon with AL.com. "I think there will be a lot of people who have been through this and understand the seriousness of it who are going to wait to come back. I think you saw that in Georgia and Tennessee as they opened up the restaurants, the first couple of weeks, people were a little bit concerned about going in.

"People had to start feeling comfortable again with going back out. I think it will be a slow build."

Speaking at a briefing in Huntsville an hour after Ivey made her announcement, Finley referred to the statistics on positive tests in Madison County compared with the rest of the state. Madison County has seen only seven positive tests since Monday, essentially a negligible amount while the state has seen an increase of almost 1,200 cases over the same span.

Of the major metro areas around the state, Huntsville has the fewest positive cases.

Finley also commended Ivey and her team for communication with the mayors of the state's 10 largest cities, which included two conference calls this week for an exchange of feedback leading up to the reopening plans.

“If you look back to six weeks ago on what we thought could happen and where we are now, things have kind of settled,” Finley said. "All we did was just have a discussion – they talked to us, we talked to them. We simply said, we feel like we’re ready – especially in our area.

“While we’re doing really well in (Madison County), the state continues to see some different numbers.”

That’s a reflection of conversations Battle and Finley and their teams have had in recent weeks with restaurant and personal services businesses, which shared their eagerness to reopen and their ability to adapt to the expected restrictions.

"They were having trouble," Finley said. "It was time (to reopen). They felt like they had given the state the opportunity to take that big slug in the gut that this virus brought to get our feet back under us, to see what reality was."

"The times that I have real concerns for are the weekends," Battle said. "When the weekends come, everybody who is ready to go out to eat, it's going to be big crowds. We're going to have to make sure we monitor and keep a handle on it, just to make sure we stay safe as we go through it.

"Most of the restaurants we've worked with and the other close-contact retail, they've been pretty much working on plans the whole time since the last order (that went into effect April 30) so they can open safely. Their concern is that they keep their customers safe and also their employees safe."

At the same time, Huntsville is the state's second-largest city with 200,000 people and restaurants seemingly everywhere. How can city hall monitor all those restaurants to make sure they stay compliant?

City officials will be expecting to hear from citizens if they spot violations, which happened earlier this week during Cinco de Mayo celebrations.

For restaurants that haven't been filling takeout orders while dining rooms were closed, there may be some lag time before they are ready to open, Battle said.

“Those that haven’t been open, they have to get supplies in so they can open up,” he said. “I think some will be Tuesday and some will be Wednesday. They have to resupply their facility and get their staff back in and trained. It’s going to be a slower rollout than a lot people think.”