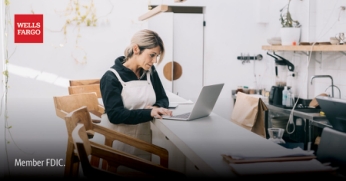 A 16-year-old coronavirus patient has been put on a ventilator after having difficulty in breathing because of the infection. The new case shows that COVID-19 is not sparing anyone from its clutches.

The system’s CEO David Spillers said that the case of the 16-year-old clearly shows that COVID-19 is not age-restricted. Before, several reports indicated that the virus was seemingly attacking the older population only. But now, it has become quite obvious that even the younger generation are at risk of contracting the novel coronavirus.

“This is the first teenager we’ve had in ICU, the youngest patient we’ve had on a ventilator. Young people are not immune. It’s rare but it happens,” Spillers told AL.com.

Huntsville has only seen relatively few infections in the past compared to other large cities in Alabama. But that seems to have changed recently, especially after Madison County reported 680 cases in June.

Madison County Commission Chair Dale Strong recently spoke about the surge in cases. According to him, the outbreak is not under control in the county and in the entire United States.

“We don’t have this pandemic under control. Not in Madison County, not throughout the state of Alabama nor throughout the United States,” Strong said.

It is important to note that experts are still trying to learn more about how COVID-19 spreads and infects teens and kids. There have only been a few cases reported in children, but that does not mean that it is not as alarming as when the virus strikes the elderly.

KidsHealth recommends calling the doctor right away when a child is manifesting certain signs and symptoms of COVID-19 like fever, cough, breathing difficulty, sore throat, chills, muscle pain, headache and loss of smell or taste.

Although the younger population do not really suffer serious problems when they contract the virus, it is still important for them to be monitored by healthcare professionals. They should also be kept away from older people who may have a harder time dealing with the symptoms of the disease should they contract the virus.