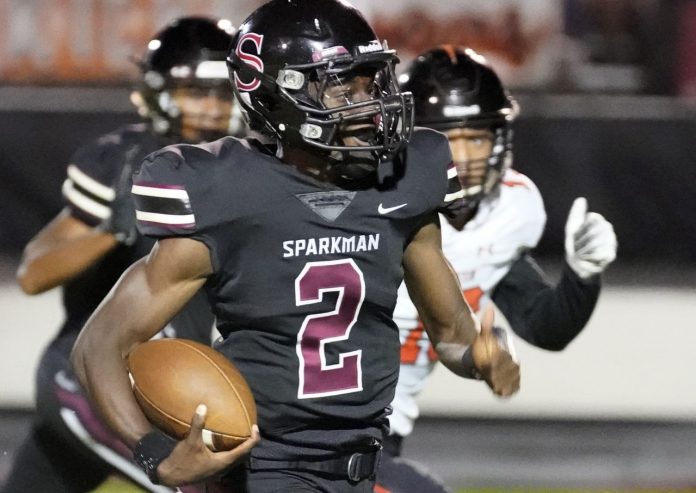 All games are subject to change due to COVID-19. Please check with home teams for possible crowd restrictions and ticket information.

Here are five games to watch in the Huntsville region this week:

Last year: Class 7A Sparkman enjoyed its best season since 2006. Class 6A Gardendale advanced to the second round fo the second consecutive season.

The skinny: This is the first meeting between the programs. ... Sparkman has made the playoffs in two of coach Laron White’s three seasons. That’s the Senators’ best stretch since going to the postseason four straight years from 2003-06. ... Gardendale has a streak of six consecutive playoff berths, including both of coach Chad Eads’ years at the helm. ... Sparkman has a trio of three-star seniors who are committed to FBS programs: offensive lineman Micah Pettus (Ole Miss), defensive lineman KaRon White (Appalachian State), and defensive back Caleb Ransaw (Troy). ... Gardendale counters with two seniors who future FBS players: Three-star quarterback Will Crowder (West Virginia) and linebacker Justin Parks (Arkansas State). ... The Rockets open ranked No. 10 in the Alabama Sports Writers Association 6A poll.

Last year: Madison County opened the season with a 35-21 loss at Buckhorn, as part of a 1-2 start, but the Tigers rebounded to reel off nine consecutive wins. Buckhorn started 3-1, but struggled down the stretch.

The skinny: Madison County moved down to 4A, a year after falling to eventual 5A state champion Central-Clay County in the quarterfinals.... The Tigers were last 4A in 2016 and 2017, going a combined 10-11 in coach Scott Sharp’s first two seasons. ... Eighth-ranked Madison County lost All-State quarterback Austin Mills and All-State receiver Quamain Gamble to graduation. ... Class 6A Buckhorn ended a three-year playoff drought last season. ... The Bucks allowed a program-record 371 points in 2019. ... This is the third straight season that the teams have met, after having not played since 2003. Buckhorn has won 11 consecutive meetings, dating back to 1991.

Last year: Austin qualified for the Class 7A playoffs, but was eliminated in the first round by eventual state champion Thompson. Class 6A Hartselle recorded its first losing record since 2007.

The skinny: Austin has made the playoffs in five consecutive seasons under coach Jeremy Perkins, though the Black Bears haven’t advanced beyond the opening round in their first two 7A campaigns. ... Hartselle has its third coach in three seasons -- Bryan Moore, who previously led Jasper (2018-19) and Eufaula (2015-17). Bo Culver left after one season and is now at East Lawrence. ... Hartselle leads the all-time series 30-22-1. Austin has won four of the last five meetings, including a dominating 45-14 victory last season.

The skinny: This is a rematch from the second round of last season’s playoffs -- a 56-22 Jacksonville victory. ... SJPII set a program record for points in a season with 500, but must replace record-setting All-State quarterback Seth Brown. ... The Falcons also lost two-way All-State performer Sean Zerkle (transferred to Decatur Heritage) and head coach David Lloyd (now at Randolph). ... New SJPII coach Robert Everett was most recently the tight ends coach for the AAF’s Memphis Express and defensive coordinator for Division III Bridgewater College in Virginia. ... Jacksonville scored a program-record 607 points last season, its eighth under coach Clint Smith. ... The fifth-ranked Golden Eagles must replace 4A Back of the Year Rontarius Wiggins.

The skinny: This is Whitesburg’s first varsity season. ... The Warriors have 29 players on their roster and are classified as 2A. ... Whitesburg will play their home games at the old Madison County High stadium. This is the first of five home games for the Warriors this season. ... Whitesburg becomes the fifth private school program in Huntsville, joining Madison Academy, Randolph, SJPII and Westminster Christian. ... Coach Michael Harper will lead the Warriors. ... Class 1A Gaylesville is entering its second season under Brian Knapp.