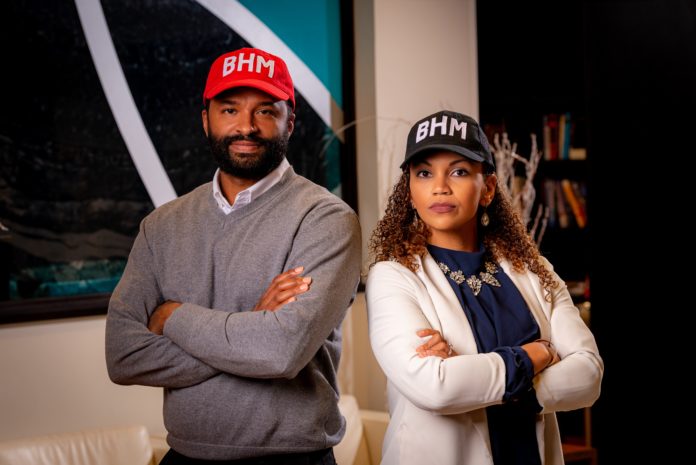 Acclinate Genetics, a Huntsville-based startup, will open a new primary office in Birmingham this month.

The company, which will continue to have offices in Huntsville, was co-founded in 2019 by Delmonize “Del” Smith, Chief Executive Officer and Tiffany Jordan Whitlow, Chief Development Officer.

The mission of Acclinate is to educate and engage diverse individuals to be able to make informed decisions about genomic research and clinical trial participation. The company helps biopharmaceutical companies and contract research organizations increase minority and ethnic participation in research and trials.

“Our current business model and the way we approach the current [digital health industry] dates back to February of this year and the timing of that is significant because this was pre-COVID and pre- civil unrest and health inequalities and all those things that really erupted on the scene,” said Smith, former Dean of the College of Business and Public Affairs at Alabama Agricultural and Mechanical University (AAMU) in Normal. “For us as a company, what is a very challenging time for our country ends up being an opportunity to shine a spotlight on the very issue and problem we’re trying to address with our company and that is one of health disparities and health inequalities.”

Acclinate creates value by decreasing the overall cost of drug development, increasing the speed of drug approval, integrating with virtual clinical trials and contributing to the discovery of new drugs.

While racial and ethnic minorities make up 40 percent of the U.S. population only about two percent of clinical trial participants are minorities, said Smith. Acclinate is setting out to help change that.

The company’s work is significant because there are some drugs that have been created and continue to be developed that either have less efficacy or negative side effects based upon the person’s race or ethnicity, said Smith. For example, he said, albuterol, used for asthma, has been shown to have less effect for 67 percent of Puerto Ricans and 47 percent of African Americans. “Some people are alarmed by that, particularly when they find out that is why young African American children die of asthma four times the rate of their white counterparts,” he said. “The issue that we’re really trying to solve is a pretty significant one when it comes to these health disparities.”

The Birmingham office will be in the Denham Building downtown near Railroad Park and Regions Field.

Whitlow said Birmingham “has done an excellent job repurposing itself . . . and has shown the support that is essential for minority businesses to be successful,” she said. “ . . . we will be able to grow and scale and build a team in Birmingham and that is exciting to us.”

The Birmingham office will house two employees including Smith, and hopefully have up to 10 employees by the end of next year.

Smith said the company had an opportunity to relocate to cities like Houston, Texas and Boston, Massachusetts, but Birmingham was a better fit.

“We spent some time going to those cities but Birmingham . . . had a focus on health care, technology and an intent focus on creating and growing minority businesses,” said Smith, “and because we hit all three of those checkboxes being in that Birmingham ecosystem we made a decision that it was going to be the best place for us as a next step to grow our business.”

In addition to moving their primary office to Birmingham, Acclinate has also launched an initiative #NOWINCLUDED which helps individuals take control of their health.

#NOWINCLUDED looks to “include” or build partnerships and relationships with community/nonprofit organizations and neighborhood associations “because we need the people to understand that there is a solution here for them,” Whitlow said.

With #NOWINCLUDED, the Acclinate team separates education and engagement about health-related issues from recruitment and participation in clinical research and trials, said Smith.

“What we’re doing essentially is coming to you and saying ‘hey, would you like to learn more about health-related issues that might impact you and your family’ and if the answer is ‘yes’, whatever the issue may be whether it is diabetes or cardiovascular issues or cancer, you have the opportunity to engage with #NOWINCLUIDED to both learn from and talk to and interact with people who share similar type of health concerns or issues,” he said.

Whitlow said Acclinate is partnering with University of Alabama at Birmingham to work on projects with the School of Public Health and on a project with Dr. Mona Fouad who leads institution’s Minority Health Disparities Research Center.