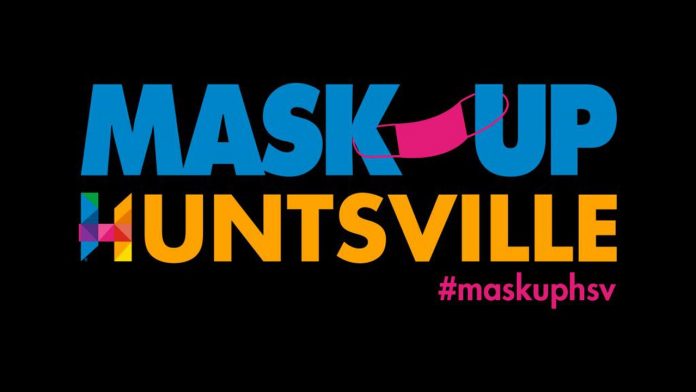 A large majority of customers wore masks as they walked the aisles and filled their carts with everything from groceries to motor oil. It was hard to say if people were covered because of the new rule or simply a growing sense that masking is a good idea. But the store has not required coverings and - on Tuesday at least - it did not seem to be turning unmasked patrons away yet.

Madison County Health Officer Dr. Karen Landers issued the order requiring “face coverings in public places” Monday to help prevent the spread of COVID-19. The county has seen a surge with 167 cases of the virus reported since Thursday.

The order, which affects Huntsville, Madison, the county’s smaller towns and its rural areas, has the unanimous support of the mayors of Huntsville and Madison and the chairman of the Madison County Commission. The Huntsville-Madison County Chamber of Commerce is mounting a campaign to promote it in the city called “Mask Up Huntsville.”

“This is a simple math problem,” Huntsville Mayor Tommy Battle said in a statement. “Since June 16, the number of positive cases in Madison County has tripled, and the number of hospitalizations has increased 660 percent.”

“We need to take precautionary measures, such as wearing face covers, distancing 6 feet, and hand-washing to provide a safe environment for our citizens.” Madison Mayor Paul Finley said, “Since day one we as elected officials have said we would work to find the balance of personal versus economic health. While personal responsibility is still paramount, our dramatic rising numbers dictate this step be taken to continue to support all citizens’ safety.”

Having the order come from the health officer removed the need for a decision by elected officials. Making it a health order also puts some responsibility on – and gives some cover to - the management of bars and other establishments where masks might be unpopular.

Huntsville police spokesman Lt. Michael Johnson said not wearing a covering will be punishable by a ticket with a fine up to $500. “We’re taking the stance of education instead of enforcement right now,” Johnson said. Enforcement plans outside Huntsville weren’t immediately clear, but can be expected to be similar given the countywide nature of the order.

The order defines a face covering as “a device to cover the nose and mouth of a person to impede the spread of saliva or other fluids during speaking, coughing, sneezing, or other intentional or involuntary action.” It says “medical-grade masks are not required. Coverings may be made from scarves, bandanas, or other fabrics.”

Among the places now requiring face coverings are stores, bars, restaurants, entertainment venues, public meeting spaces, government buildings, public transit, taxis and ride-sharing services. People are also required to cover their faces in “outdoor areas open to the public where 10 or more persons are gathered and where people are unable to maintain a distance of 6 or more feet between persons not from the same household.”

There are exceptions to the order for children age 2 and under, people while eating or drinking, patients in exam rooms, customers getting hair care services and “occasions when wearing a face covering poses a significant mental or physical health, safety or security risk.”

Face coverings are not required but “strongly recommended” for “congregants at worship services and for situations were people from different households are unable to or unlikely to maintain a distance of 6 feet from each other.”

They are also not required for patrons of indoor athletic facilities but are required for employees. They are not required in private clubs or gatherings. Childcare establishments and schools will write their own policies.

“Wearing a face covering can help keep family, co-workers, and community safe,” Harris said. “This is the simplest act of kindness you can take for yourself, your family and your community, especially for those who are at high risk of contracting the virus.”