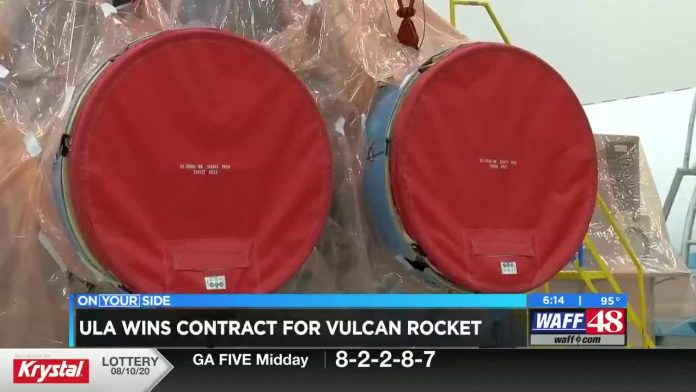 HUNTSVILLE, Ala. (WAFF) - Lockheed Martin is hyper-focused on hypersonic weapons and a different lunar lander and hopes for a third weapons contract, as they make expansion plans to the North Alabama footprint.

Former NASA Administrator and now Lockheed V-P Robert Lightfoot says the company has run out of room in Huntsville to fulfill current contracts and our nation’s goals.

“I think we’ll have a new facility at some point. Hopefully, this fall, that we’ll outfit and grow from there,” said Lightfoot. “That could be a lease that could be a build but that’s what we are looking at. That is our trade, what’s going to get us in business as fast as possible.”

“If you look in Alabama, we’ve hired 200 folks since mid March, just in Alabama, so you can imagine what we’ve done across the country and in North Alabama between Huntsville and Courtland, it’s been roughly 165,” said Lightfoot. Hundreds more hires are on the way.

What’s fueling the growth? Lockheed’s NASA contract with Blue Origin and Northrup-Grummon for a human lander on the lunar surface. A program based at Marshall Space Flight Center. The company also made its Courtland facility a Center of Excellence in Hypersonics, creating a weapon system that travels five times faster than the speed of sound for the Missile Defense Agency. A category of protection where the U.S. is playing catch-up.

“It’s like having two different threats coming our way and we’re going to have to have two difference solutions as a nation going forward,” said Lightfoot.

Lockheed has pumped $95 million into some 140 local sub-contracting companies during the pandemic so there is no impact to its manpower and missions. That includes making PPE, supplying meal vouchers to local restaurants and helping the Madison County Schools distance-learning program.