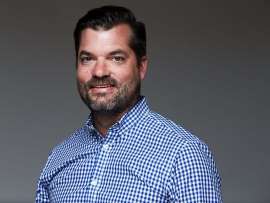 
HUNTSVILLE, Ala. (WAFF) -Huntsville native, Bill Fowler has many titles-entrepreneur, musician, father-but his favorite title is Free and Clear, the title of his first book.

After turning the page, on what he calls a mid-life crisis, Fowler decided to express some of his unresolved emotions by simply writing them down.

“Writing this book was cathartic for me. I tell people it’s cheaper than therapy,” said Fowler.

His binge-worthy book follows the character Andy McDaniel, an Alabama musician going through a difficult time in his life — divorce, a dead-end job and ensuing depression — who ends up forming an unlikely friendship with his idol, musician Ben Landry, after a social media rift surrounding the legendary musician.

The story, an ode to his own personal trials and tribulations- explores the idea of two paths-an Andy and a Ben. Andy, the character modeled after himself, ventures on the ‘safe’ path. This path yields a stable career, a good-living, and the kind of family you would see on a Christmas card.

Ben, the musician, the stereo-typical free spirit chose a life on the road rather than the cookie cutter path of his character counterpart. His path leads him to artistic success, a life on the road and ‘free’ of the responsibility.

Both of Fowler’s characters reap the rewards of their respective paths, but the consequences of each path leave each man questioning and comparing.

“What if I chose the other path?”

The message behind Fowler’s fictional madness is universal. Life is a series of choices. Many of those choices aren’t right or wrong, black or white-but gray.

“Everyone can identify as an Andy or a Ben. In a sense, everyone has an alter-ego. The person they could’ve, maybe should’ve, or would’ve been,” said Fowler.

Fowler challenges readers to embrace their own path, but he reminds them-it’s never too late to take a detour.

Bill Fowler is a real estate technology expert and entrepreneur. He is best known for his leadership at Zillow and Solid Earth, two nationally-renowned real estate technology companies. Huntsville locals associate Fowler with beer and beats. He is one of the co-founders of Old Town Beer Exchange, a boutique brewery and craft beer shop located in downtown Huntsville. He is also a fixture in Huntsville’s music scene, playing gigs at some of the Rocket City’s favorite bars and breweries.