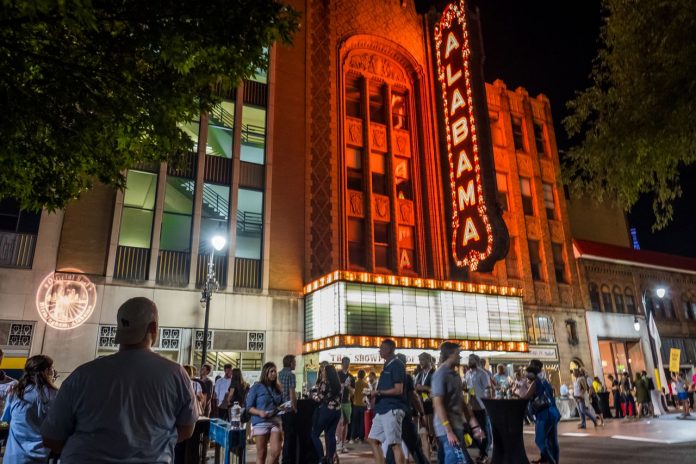 
Unless fans and legislators act with guitar-shredder speed, America’s independent music venues may not get a post-pandemic encore.

But with Congress set to go on recess in August, the curtain is closing quickly.

These grants would provide at least six months of financial support to keep venues afloat, pay employees and "preserve a critical economic sector for communities across America," according to National Independent Venue Association, or NIVA.

According to NIVA, a 2019 Chicago study revealed for every $1 spent on a ticket at a local venue, $12 of economic activity was generated for neighboring restaurants, hotels and retail shops.

Save Our Stages would also direct the Small Business Administrator to make grants to eligible recipients equal to the lesser of either 45 percent of gross revenue from 2019 or $12 million.

Recipients could use grants to use grants for expenses such as rent/mortgage, utilities, maintenance, administrative costs, taxes and expenditures related to meeting state, local, or federal social distancing guidelines. Unfortunately, most venues have difficulty securing PPP (Paycheck Protection Program) loans, which require staffing levels be maintained. There’s no curbside service for concerts. Another initiative that could help indie venues, called the Restart Act, is also making the rounds in Congress.

Music venues were some of the first business to be shut down and those that survive the pandemic will likely be some of the last businesses to fully reopen. According to NIVA, if ticket sales do not resume until 2021, the industry will lose an estimated $9 billion in ticket sales alone.

Dayne Frank is NIVA's president, as well as being CEO of First Avenue Productions, which includes Minneapolis venue First Avenue, where legends like Prince and The Replacements cut their teeth onstage.

“Our members told us months ago,” Frank says in a statement, “that if the shutdown lasted six months or longer and there wasn’t federal relief to hold them over, 90 percent of them would fold permanently. With no revenue and immense overhead, four months in, it’s already happening.”

Formed at the onset of the pandemic shutdown, NIVA represents more than 2,000 member venues, promoters, and festivals and has been a driver and supporter of Save Our Stages.

Todd Coder of NIVA-member, Birmingham concert promoter Code-R Productions says, “Without ticket sales and the ancillary revenues associated with concerts and events there is simply no money coming in, but the expenses and overhead still exist. Congress must pass legislation to provide a lifeline to these businesses or the future is going to be very bleak for everyone.”

According to NIVA, through the Save Our Stages website, more than a million emails have been sent letting all 538 members of Congress know constituents want to keep independent venues alive.

In addition to NIVA, Save Our Stages is backed by the National Independent Talent Organization, or NITO, comprised of independent music industry professionals including artists, agents, managers, event staff and touring crew.

Murphy is encouraged Sen. Doug Jones (D-Ala.) has now signed and supported Save Our Stages: “I really believe that (Huntsville) Mayor (Tommy) Battle helping push his office got (Jones) 100 percent on board.”

Edited interview excerpts are below.

If the Save Our Stages bill doesn't pass, what will the landscape of U.S. music venues look like in three months, six months, a year? And how would that change the role of music itself in this country?

Ryan Murphy: So hard to tell the full scope of the devastation it will have on music venues. But since there are zero measures in place to significantly help at this point, the prediction is that 90 percent of independently owned-operated venues around the nation will close permanently. There is zero percent revenue coming in but most of the overhead still applies. There is no model that covers what is needed to break even and the economics of “scaled down / physical distance” shows don’t wort - they are a band-aid trying to cover a gaping wound.

Your single most heartbreaking moment during the pandemic, from the venue operator perspective?

Chris Cobb: Watching venues close. The stories are heartbreaking - people giving so much for so long only to lose it all in this way, over something they had zero control. It's devastating.

Murphy: There are legendary venues that have weathered so many storms but couldn’t this time around and that list is growing.

And the most encouraging?

Murphy: The solidarity and work that NIVA and NITO has done to highlight the critical role that small, local, independent music venues play in every community. And the artists who have poured out to really highlight the fact that almost every artists you’ve ever loved got their start in these spaces. The feeling that there is strength in numbers is really coming to life as we see NIVA bring this legislation to the floor of Congress and getting the attention it has.

What's a life changing live musical performance you saw growing up? Why and how did it affect you?

Cobb: Nine Inch Nails' "Self Destruct Tour" with Marilyn Manson and Jim Rose Circus, University of Illinois, Champaign-Urbana, 1994. Freshman year of high school, I'm a huge Nine Inch Nails fan at this point and had just started listening to "Portrait of an American Family" by Manson. My dad took me and my best friend. Manson cut himself with a bottle on stage, I'd never seen anything like that before!

Murphy: There are so many. I have memories from being a toddler and seeing so many great bands. But I think being in middle school and getting to set up shows - in warehouses, diners, hotel ballrooms, Elks lodges - for my band and other bands made me realize that there is a huge world out there of people creating music and supporting each other in every way they can. There is a real DIY and independent spirit to make and support art. All these venues we are trying to save are born out of that spirit.

What can music fans do right now to best help music venues, from local bars to iconic venues? What kind of timeframe or deadline is there for that?

Murphy: This week is the critical push to get this across the finish line. Everyone needs to be going to saveourstages.com to get the word out to state leaders.

Cobb: Visit nivassoc.org/take-action this very moment to let your elected officials know how important independent music venues are. It takes 60 seconds, is hugely impactful, and is the best action to take.

Many people love music but, in many ways, music has been devalued in the streaming era. How big of a hurdle is that mindset for Save Our Stages? And how do you overcome it?

Murphy: I don’t think you can ever replace the experience of seeing music live, and it will return, stronger than ever. The connection, communion and energy that happens at a live show can never be replaced.

Ryan, as the operator of a venue yet to open, how critical is it new venues like the Huntsville amphitheater be in place when it's safe to go to concerts of that scale again?

Murphy: It’s extremely critical, as a larger piece of the overall ecosystem. Not only is it important to get the artists touring again, but also all the production people, the stagehands, ticket-takers, bar-tenders. The full scope of the economic impact is huge. The Huntsville amp is going to help move the needle for the music scene here in North Alabama and add to quality of life, as well as be a huge economic driver when we need it the most. But this is all under the assumption that we have done the work to help all the smaller, independent venues in the region supported and afloat through all of this. It truly is an ecosystem and we need each other for survival.

Chris, what’s a key concert from the past that best illustrates what role venues like Exit/In play in American music? I’m aware of some of Exit/In’s history but interested in your take.

Cobb: Being in Nashville, Exit/In has hosted many, many shows that launch careers. Artists have literally been signed in the dressing room for decades. But I think the truth is that none of it happens overnight. (The Grammy-winning rock band) Cage The Elephant are friends. One afternoon they called and begged to play that night. That night! We we're literally in the middle of sound check with doors opening in a few hours. Thankfully it was another friend playing that night and he gracefully obliged.

Cage got signed from that performance, but we'd already known each other for several years by then. They'd been banging away up in Kentucky and swapping out gigs with local Nashville bands to get down here and open. I must have seen them five times, at the long closed, Windows On The Cumberland, before they were even called Cage The Elephant.

So for me, while there are absolutely monumental performances and shows that change trajectories, it's the multitude of shows before that are so important. The nights when only 50 people show up, the nights when the band wasn't really that good - these are the nights that build careers and that only independent venues provide.

When things are safe to have shows again, who is a realistic booking artist you'd love to have open your venue?

Cobb: Jimmy Buffett. He played the first show at Exit/In in 1971, 2021 is our 50-year anniversary and it’s only fitting he reopen the club.