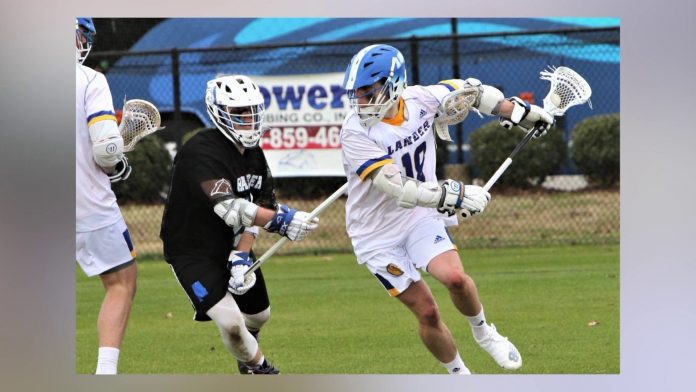 HUNTSVILLE, Ala. – Normally, The Orthopedic Center Huntsville Hospital holds a lavish banquet with a guest speaker to honor its athletes of the year. At the conclusion of the 2018-2019 athletic season, TOC invited its guests to the EarlyWorks Children’s Museum where they were presented with their awards and given scholarship money. Due to the COVID-19 pandemic, the event was cancelled. The presentation, however, was not. Tom Perkins and company could’ve mailed both athletes their plaques and called it a day, but they wanted to make this moment special.

Every year our Athlete of the Year campaign, powered by Huntsville Hospital Sports Center and TOC Sports, looks for high school senior student-athletes who excel on the field, in the classroom and in our community. A panel of judges selects one Athlete of the Week. Applicants must be a high school senior, have a minimum GPA of 3.5 and display a history of athletic and academic accomplishments, as well as community/civic involvement.

Bob Jones Volleyball player Juanita Monteiro-Pai was named the 2019-2020 Female Athlete of the Year after a season to remember on the court with the Lady Patriots.

“It means a lot to get this award and the scholarship and to be honored with all these other amazing athletes and I’m so grateful for this,” said Monteiro-Pai. “They really made an effort for us to feel special and recognized and they could’ve just like you said sent it in the mail but they made an effort to come out here.”

Not only was Monteiro-Pai gifted with the award, she earned herself $1,000 worth of scholarship money, as well as a sign that read “Here lives the athlete of the year.” Monteiro-Pai will play her college volleyball for South Alabama.

Seth Brown of JPII was named the Male Athlete of the Year after turning heads on the football field for the Falcons and getting the job done off of it as well.

Brown also earned $1,000 in scholarship money, and added to the sign collection outside of his house.

“It means a lot for me and my family for JPII there’s plenty more athletes over there who can also with this,” said Brown. “I’m hopeful someday they will too and I’m just blessed and honored to be named athlete of the year. It means a lot, it means they definitely go out of their way. I know I’m thankful for it and I know everybody else is thankful for it.”

Brown will serve his country at Army West Point and will play sprint football for the Black Knights next season.