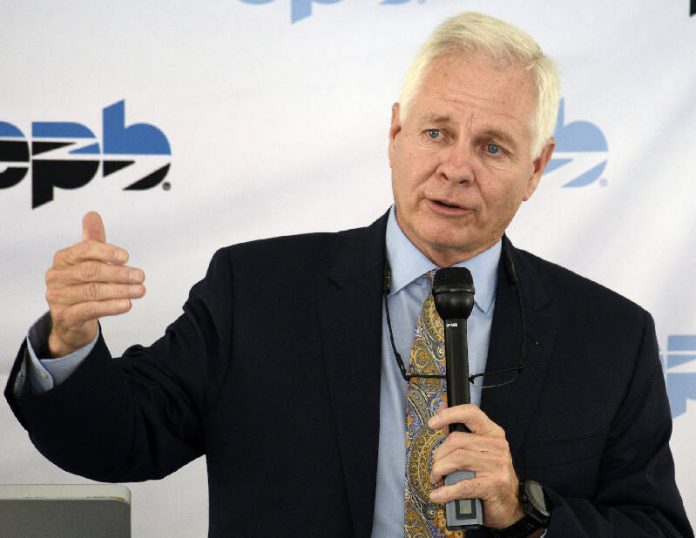 Chattanooga Mayor Andy Berke praised EPB last week as "the most progressive, creative and innovative utility in the country."

But for all its power, EPB has always relied upon the Tennessee Valley Authority to supply its energy — until now.

Chattanooga's city-owned utility is among a growing number of local power companies in the Tennessee Valley that are preparing to build their own electricity generation or power storage capability under a new flexible agreement TVA and its distributors launched in June. So far, 37 local power companies like EPB have signed new flexible power agreements with TVA to generate from 3% to 5% of their average power load on their own.

Ultimately if all of TVA's distributors decide to generate some of their own power or buy from other power sources under the new flexible contract option, up to 2,000 megawatts of distributed electricity could be produced in the Valley from sources other than TVA. Dan Pratt, vice president of customer delivery for TVA, said the energy landscape is changing and TVA is adapting the public power model to offer some limited purchase and generation options for the first time to its customers that sign long-term agreements to continue to buy most of their power from TVA for the next 20 years.

"This new contract option has very broad parameters and is intended to offer flexibility in meeting customer and local system needs," Pratt said. "It's impressive to watch the diverse and creative solutions that are now beginning to sprout up all around the Tennessee Valley."

Power shift in the Valley

Since the creation of the Tennessee Valley Authority in 1933 and the adoption of the so-called "fence" in 1959 limiting power exchanges between TVA and its neighbors, local power companies have had to buy all of their power from TVA, which also regulates the 153 municipalities and power coops that buy and distribute TVA power in parts of seven Southeastern states.

The public power model in the Tennessee Valley has relied upon major base-load power plants or hydroelectric stations producing power for TVA which then sells that wholesale electricity to municipalities and power coops that deliver power to individual homes and businesses.

But as smaller, localized solar, wind, battery storage and other forms of distributed energy become more cost effective, the energy market is changing. Power demand, which had steadily grown over the past century as consumers added more electric-powered appliances, lights and other devices, has stagnated or even declined as energy efficiency has reduced power consumption.

At the same time, the efficiency of renewable energy from the sun, wind or rivers has improved and cut the costs of smaller, distributed power generation to levels sometimes below what TVA now charges its customers.

In the new market, TVA began offering longer-term contracts with its distributors last year and launched an option for those signing 20-year power purchase agreements to be able to self-generate or buy some of their power from sources other than TVA, provided such electricity is sold under TVA pricing guidelines.

EPB to add its own power

EPB has budgeted $10 million this year to pursue building additional solar farms, battery storage or other energy options to help cut EPB's purchased power bills paid to TVA. EPB President David Wade told EPB directors last week the utility is looking at adding facilities in the northern part of its service territory and is exploring options for both cheaper solar generation produced when the sun shines or energy storage options to help store power when demand is low and use that electricity during peak demand periods.

"We're looking to triple our customers' value by choosing projects that enhance reliability, resilience, and sustainability," EPB President David Wade said. "For example, we're looking at areas in the outlying portions of our system where adding generation gives us the redundancy to re-route power around damage when it occurs."

Wade said the new local generation may cut TVA revenues, but in the public power model "it's not about who gets the money but how can we best serve our customers."

For Appalachian Electric Cooperative in New Market, Tennessee, the new flexible contract option should help provide renewable power for schools and businesses seeking to buy such power to meet their carbon reduction or carbon-free goals. Although Tennessee is under no mandate currently to further reduce greenhouse gas emissions, companies such as Amazon, Facebook and Microsoft and schools such as Vanderbilt University have pledged to move toward being entirely carbon free in the future.

"Flexibility opens a huge door of opportunity that we can bring to market to help meet the needs of commercial and industrial members," said Greg Williams, the executive vice president and general manager for Appalachian Electric Cooperative (AEC) in upper East Tennessee. "We think this will give us an edge in recruiting industry to our territory."

Williams said AEC is preparing a request for qualifications from vendors to build both solar and battery storage to help meet peak power demands, especially in the summertime when electricity consumption spikes when air conditioners are running on high to cool home, offices and factories.

At Huntsville Utilities in Alabama, the municipal utility is exploring the possibility of partnering with others to install a solar electric vehicle charging station in front of the Saturn Rocket at the U.S. Space and Rocket Center.

At Cumberland Electric Membership Corporation (CEMC), there are no specific project plans yet. But Chris Davis, general manager for the Springfield, Tennessee-based power cooperative, said he inspects solar installations could be added and deployed with lower costs to help meet a small portion of CEMC's power demand.

"Installing our own solar would possibly contribute to keeping rates low for our members, which is always our goal," Davis said. "We're not certain what that will look like at this point, but we know that's the mission behind our cooperative model."

But even with the new flexibility, some local power companies say they are reluctant to sign long-term purchase agreements with TVA that will may limit the option of buying power that could be cheaper from other sources in the future. TVA's biggest customer, Memphis Light Gas & Electric, and two of TVA's biggest power cooperatives in the eastern half of TVA's territory — Volunteer Energy Corp. and North Georgia Electric Membership Cooperative —

are studying whether to break away from TVA and turn to other wholesale power suppliers in the next five years.. Consulting studies by Siemens and Enervision show that TVA wholesale power rates are higher than the power offers being made by some other utilities in the Southeast.

But most of the local power companies buying TVA have agreed in the past year to sign 20-year agreements with TVA, eager to maintain TVA's reliable service, economic development and pledge to maintain wholesale rates without a rate increase for at least the next decade.

Williams said TVA's base-load generation will remain vital in maintaining reliable power even as local power companies explore some new options for a portion of their generation. TVA has maintained 99.999% reliable delivery of wholesale power for the past two decades. With more than 35,000 megawatts of generating capacity, TVA "has one of the most reliable record of any utility in the country," TVA CEO Jeff Lyash said last week.

Lyash said the flexible options that allow distributors to generate up to 5% of their power on their own could be expanded in the future and are in addition to utility-scale solar projects that are targeted for particular large customers through the Green Invest program, which has already helped create solar farms to serve Vanderbilt University, Google and General Motors, among others.

Wade said EPB agreed to sign a long-term agreement with TVA to ensure Chattanooga has a reliable source of power and a partner that is working to meet customer needs ahead of shareholder profits.

"We see flexibility and the ability to work with a partner that has the interests of our Valley in mind," he sad.

Wade and other local power company managers said they expect TVA to be even more flexible in responding to future energy market changes in the future as conditions warrant.