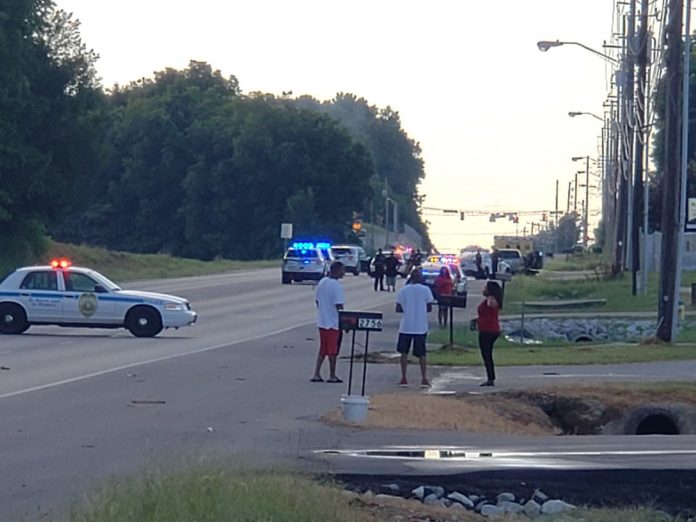 HUNTSVILLE, Ala. – For those of you who have taken up gardening during this health crisis, you’ll be happy to hear that it can apparently add years to your life. A couple of years ago, we found living proof in Huntsville.

When I first met Earlene Storey in 2018, I was convinced she had one of the greenest thumbs around. “Plant a little seed and see what happens,” she told me sitting on her back patio. Gardening is hard work. “It is,” she said, “But it is enjoyable work.”

It was her passion. “I love it,” Earlene told me, “I like the results of what I get.” What she gets is on of the prettiest flower gardens in South Huntsville every year. “That’s what I look forward to, seeing what happens. I love planting lots of seeds,” she said.

She got her love of gardening from her parents. The youngest of nine children, Earlene remembered following her mother around their garden. “She gave me a little hoe and she gave me some potato plants and some seeds,” she recalls. Her mother told her, “Now, go make your own garden.” She did. “I found the rockiest, hardest ground you could find,” she said with a smile.

Miss Earlene was about to celebrate turning 99. She told me gardening had helped her make it that long. “Staying busy,” she said, “Having something to look forward to. Have something to do every day that you have to get up and go.”

Her plants kept her going. “It’s the flowers; the big beauty of the flowers when they grow,” she told me, “I love them.” Earlene told me she’d slowed down the past few years but still worked several hours a day in her backyard. “

She weeded entire flower bed in her backyard. She said it was therapeutic. “Yep,” she said, “Takes your mind off everything.” She told me pulling weeds was a good way to take out your frustrations. “They don’t stand a chance with me,” she said with a laugh.

Gardening apparently helps you live longer. “It’s good for you. It’s good therapy. It’s good exercise,” she said. It’s good for the soul. “It is,” she said, “Nothing better.” Well, maybe one thing. An apple tree in her backyard from her old home place produced some pretty good fruit.

“I make pies,” she told me, “I made as many as 36 pies and froze them and give them to friends.” My mouth was watering just thinking about it.

“My apple pie is different from most people. I grate my apples,” she said. That was followed by, “When I make one, I’ll give you one. I’m going to make some apple pies.” She kept her promise. A few weeks later, her son dropped one off at the TV station. It was incredible!

A year later, on July 24th, 2019 Miss Earlene turned 100. Family and friends got together at her home to sing and celebrate. Her son Rick recently let me know Miss Earlene had passed away, two days after celebrating another birthday. Rick said his mom was doing well and still as sharp as a tack until about a month before she died. Earlene Storey was 101.